Wondering who is up for re-election on November 3rd, 2020?  As the election countdown begins, the real question will be, how will the Republican Party and the sitting President do in the general election?  President Trump survived the 2018 midterm election losing the House of Representatives, but gaining a couple of seats in the Senate.  With these mixed results in the 2018 election, we'll have to wait and see how the President’s party will fair in the general election on November 3rd, 2020.

Concerns for Republicans heading into the November 3rd, 2020 election. 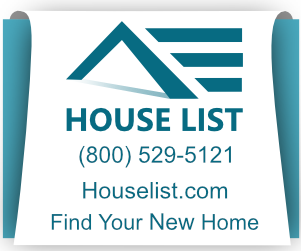 One area of significant concern for the President and the Republicans is that there are 22 Republican seats up for re-election in the Senate.  If the Republicans drop just a few seats, they will lose control of the Senate. The seats most vulnerable for the Republicans are: Arizona, Colorado, Kansas, Kentucky, Maine, and North Carolina.  The Democratic Party is predicted to lose at least one of their two most vulnerable seats, either Alabama or Virginia.  In addition, there are 11 state Governor races with candidates up for re-election in 2020, with the potential for the Democrats to pick up a few more Governor seats.  Seven of the 11 Governor seats up for re-election are Republican held, which means more chances for Republican upsets in both the Governor and the Senate races.  The more states and seats that the Republican Party can hang onto, the greater chance the President has of winning the election.  The President's party maintained control over several crucial state Governor races in the 2018 election, with wins in Georgia, Florida, and Iowa.  The chances for the President to win his re-election efforts in 2020 are 50/50.  A significant piece of the puzzle, which will influence voting in the 2020 election, will be the state of the U.S. economy 60 days before the election.

The Senate will have 34 members up for reelection on November 3rd, 2020. Out of that total the Republicans will have 22 seats that they will need to defend. The Republicans currently have a 53 seat majority and the Democrats have a 45 seat minority. A Republican lead of 6 seats.

Republicans have 7 of the 11 governor seats up for relection, which means more chances for losses in the governor races.